View on the Dragon’s Backbone Rice Terraces from a hilltop in Ping’An near Longsheng, China 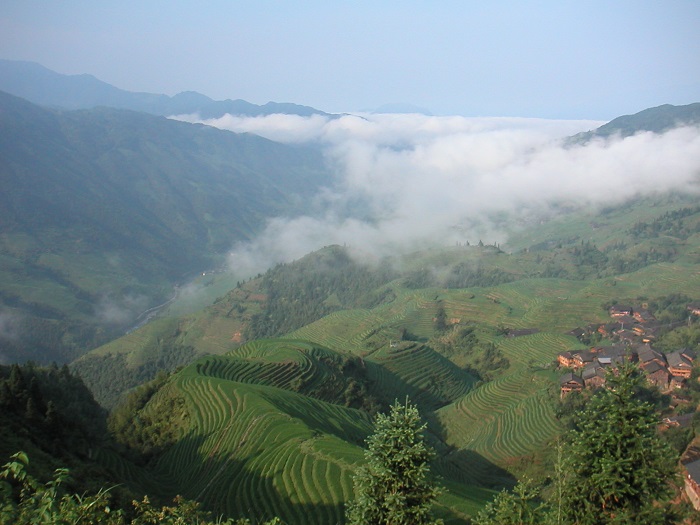 Ping’An (or Ping’Ancun) is a 650 year old Zhuang village.  During the Yuan Dynasty and Qing Dynasty the Zhuang minority cultivated the hills around Longsheng and Ping’An.
The Zhuang people build a large amount of rice terraces which resulted in a spectacular scenic area. 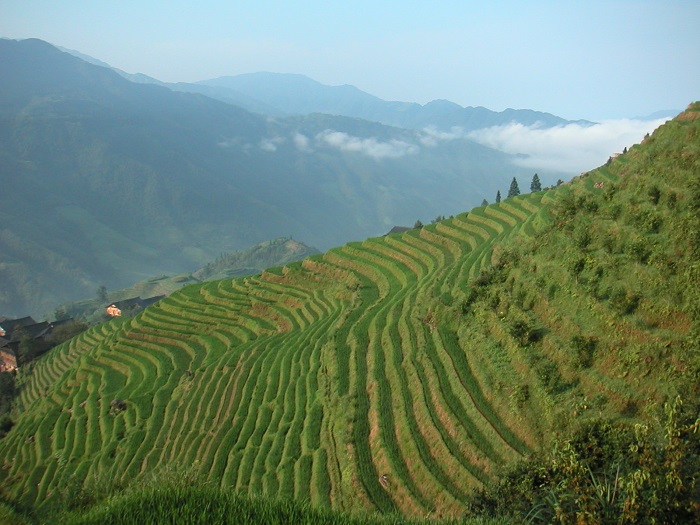 Views of the Dragon’s Backbone rice terraces near Ping’An shortly after a heavy rain. You can still see the clouds hanging low in the valley. 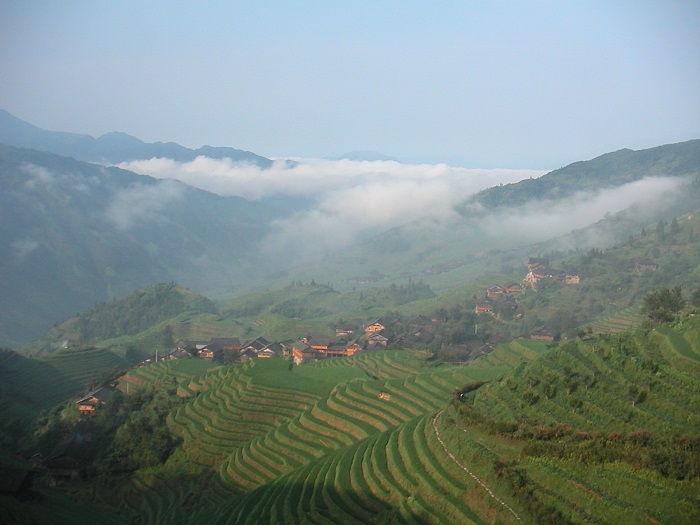